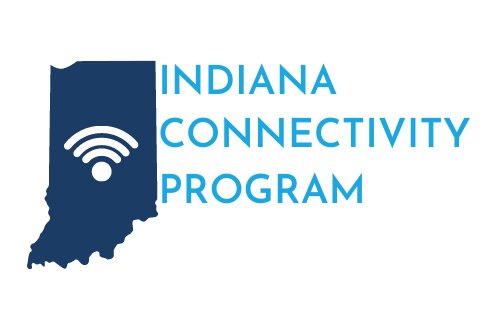 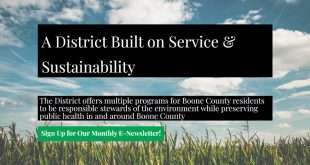 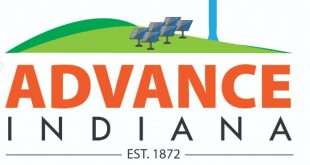 Work is moving forward on the much-needed broadband upgrades across Boone County. Last month, the Boone County Commissioners announced the [broadband] project as part of Indiana’s Next Level Connections (NLC) Grant Program that the state announced in April of 2022. The grants include $2 million for upgrades to broadband infrastructure.

Indiana will invest $270 million toward improving broadband access and adoption across the state. Read more about the program here: https://www.in.gov/ocra/nlc/.

Charter Spectrum won the largest number of grants in the state with 26 total grants. They were also the sole recipients of the Next Level Connection Broadband awards for Boone County.

The federal Rural Digital Opportunity Fund (RDOF) awarded close to $1.5 million for upgrades in the county as well. A total of more than $3 million will be invested into Boone County broadband infrastructure.

Eligible project areas include rural portions of Boone County that lack quality and reliable access to broadband services. This includes nearly 1,100 homes and businesses. Construction on the upgrades is set to begin in Quarter 4 of 2022.

The Boone County Commissioners have been working for months to secure funding for the updates that improve local communities’ overall quality of life, and leading the charge is Commissioner Tom Santelli.

“We are thrilled about this because it is a pretty large expansion that will bring gig speeds by way of fiber to Boone County residents. We are thankful for the support from the county leadership, who were excellent to work with and who have made Boone County a very attractive location for providers such as ourselves,” said Elizabeth James, Manager of Government Affairs for Charter Spectrum. “Commissioner Tom Santelli has been an instrumental part in our ability to put together a strong bid for Boone County. We can’t say thank you enough.”

Both Commissioners Jeff Wolfe and Don Lawson have also publicly expressed their appreciation for Commissioner Santelli’s efforts and leadership on the broadband infrastructure improvements.

“Our next step is to focus on the Indiana Connectivity Program [ICP] to connect unserved and underserved residents and businesses in Boone County,” Boone County Commissioner Tom Santelli said. “More than 11 internet service providers have the opportunity to review these locations and submit bids to the state on the cost of providing service to these registered areas.”

The ICP program is supported through the Boone County Commissioners $2 million commitment of American Rescue Plan Act (ARPA) funds that leverage partnerships with broadband providers, the Indiana Office of Community and Rural Affairs (OCRA) and Boone County. These funds will ensure rapid deployment of broadband connectivity within Boone County.

“A key component of deploying this broadband infrastructure is simply having potential users register their addresses,” Santelli said. “When an address is submitted, there is typically a 6-month process from start to finish. Providers have 60 days to respond and submit bids on locations they would like to extend service to. OCRA then evaluates all bids within 30 days and selects the providers whose bids present the lowest cost per Mbps [megabits per second] to the state.”

The Indiana Connections Program is currently ongoing, and there are no cutoff dates for each round. In addition to the NLC Round III installations, the ICP efforts and the advanced broadband technology within the Lilly LEAP and the IDD (Innovative Development Districts) will complement the anticipated launch of the NLC Round IV.

Submissions can be made by visiting https://indianaegms.force.com/nlc/s/login/SelfRegister?locale=us or by phone at 833-639-8522.

The Benefits of Broadband Inclusivity

As many Boone County residents learned at the height of the 2020 pandemic, access to and reliable broadband connections proved crucial to connecting people with their families, friends, employers, and clients, as well as to healthcare providers by way of telehealth practices.

Those in the underserved or no [broadband] service areas, specifically the rural areas of the county, found themselves cut off from the rest of the community during the early stages of the COVID-19 pandemic. And those who continue to work remotely — who are working in underserved areas — are in desperate need of the [broadband] infrastructure improvements.

“There are really two key parts to the county’s [broadband] infrastructure plan,” Santelli explained. “First, the inclusivity piece and the registering of underserved or no-service accounts. That’s why it’s important that people register with the state with their address and contact information. Next comes the state and federal grants to help us get into the underserved or no-service areas. The grants will allow us to make those last mile connections where we’ve got fiber — within a mile of a rural house — and make the connection.”

As the county continues to expand and create programs that improve the quality of life for the county residents, for businesses and amenities such as the county’s schools and libraries, the need for reliable broadband remains a high priority for the commissioners.

Santelli added, “Everything from the libraries, schools, mental health services and even probation services rely on having access to reliable broadband services. We — the commissioners — have to make sure that people have access to those services throughout Boone County.”