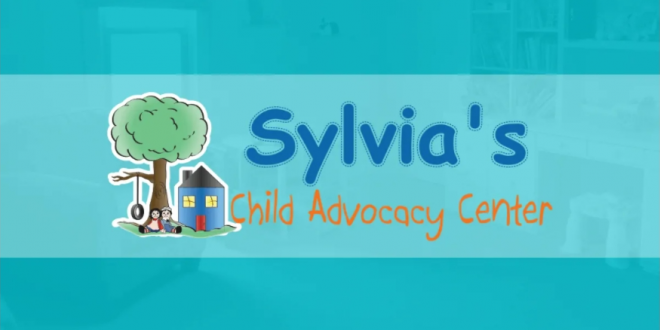 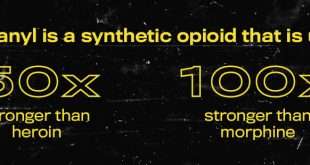 What Every Parent, Educator and Community Member Should Know about Fentanyl

In October 1965, Sylvia Likens died from what one sheriff described as “Indiana’s most terrible crime.” Sylvia’s Child Advocacy Center (Sylvia’s CAC) is dedicated to her memory and to the cause of protecting children from abuse—physical, mental, and sexual—throughout Boone County.

What Is Sylvia’s Child Advocacy Center?

Sylvia’s CAC is governed by a board of directors and is a 501(c)3 nonprofit organization supported by contributions from the county’s communities.

Sylvia’s CAC’s mission is to reduce trauma to a child victim of abuse by allowing them to tell their story in a safe, comfortable, and child-focused environment with a trained forensic interviewer who will ask age-appropriate and nonleading questions. The child’s responses are recorded on discreet cameras for use by investigators. Additionally, the board of directors and staff at Sylvia’s CAC assist nonoffending caregivers through the court system, offer mental and medical health referrals and stand by nonoffending caregivers and kids. Whether a case begins or ends in court, Sylvia’s CAC is “the end of the beginning.”

Child abuse and child exploitation do not discriminate. Boone County’s income distribution and the fact that it is one of the state’s fastest-growing counties does not make it immune to such atrocities. Child abuse, assault, and neglect occur in every neighborhood, regardless of the population, demographics, and family status. County officials and law enforcement know from cases like Jared Fogle’s and other recent arrests that all six of the county’s communities are battling this specific brand of evil.

When a child is abused, either for the first time or on numerous occasions, prosecutors need to understand what transpired, which Sylvia’s CAC assists with through forensic interviews. More importantly, the child and their nonoffending caregivers need help and care. That care may come in the form of counseling, mental health, physical health examinations, guidance through the court system, or an extra backpack or set of clothes for tomorrow.

The child’s multidisciplinary team of law enforcement, prosecutor’s office, child protective services, the mental health provider, and victim advocate work together to shepherd the child and his or her family toward the first steps of healing.

Boone County Prosecutor Kent Eastwood is the president of the BOD for Sylvia’s CAC. He spoke in generous detail about the purpose of this organization and the challenges that it, along with the county’s law enforcement, face when it comes to protecting one of the county’s most vulnerable populations—its children and their nonoffending caregivers.

“Currently, we have 10 [board] members, and we’re trying to expand it to 13 [members] in case we have to break a tie,” Eastwood said. “We want to make sure that we have all of the county’s communities represented and that we have people with various talents on the board to help us promote Sylvia’s CAC and to help us expand what we do.”

“After the [forensic] interview, we work with the family to get them into services,” Eastwood explained. “We work with DCS and Integrative Wellness [InWell], and if the child and family need emergency services, we have those resources right there, ready to go. Sylvia’s CAC victim advocates work with the child and the family until the case gets to our office, and then our victim advocates take over the case.”

Sylvia’s CAC provides youth and teen abuse education in its programs: Child Lures and Teen Lures. These programs teach youth and teens about body safety, sexual abuse, and how to respond bravely and safely. Sylvia’s CAC works with all three of the county’s public school districts to bring these programs to the schools to work with the children and teens.

“The [state] legislature passed a law a couple of years ago that stated all schools in the state of Indiana are required to provide this type of programming,” Eastwood stated. “We train the school counselors and the SROs [school resource officer], because it is not uncommon for some students to reach out to an SRO, and train them on what to say and how to say it.”

If given the necessary resources, Eastwood would like to see Sylvia’s CAC’s programming expanded to address teen dating issues and violence.

“I think that topic is not discussed enough,” Eastwood stressed. “I want us to get more into the teenage dating issues if we can get the time and money to do it. I want to give girls to feel empowered to say ‘no.’ The most important thing to remember, as parents, is that children can’t always be strong. One weak moment can change your life. So, we need to lessen those weak moments for our children.”

Perpetrators of child sexual abuse are often related to the victim; in cases of child sexual abuse reported to law enforcement, 93% are known to the victim. Throughout the pandemic thus far, Eastwood stated that he saw a significant increase in the number of interviews with children—20–25%—who reported abuse. Eastwood also saw an increase in reports of child exploitation or child pornography in Boone County since the beginning of the pandemic.

Eastwood continued, “We have people that basically take all these cyber tips and run with it. We are one of five prosecutors’ offices in this state that are part of the ICAC task force. It’s an emerging area where before, these types of cases were only investigated by the state police and larger jurisdictions. One of my goals—and it’s more challenging than you would think—is to start a task force here in Boone County where we have detectives in all six communities and I send a prosecutor and a cyber evidence tech person to run a sex crimes task force that investigates all sex crimes and child exploitation cases. I can see this task force being very valuable to our county, and it is something I want to accomplish as the county prosecutor.”

If you need the services of or would like to learn more about Sylvia’s CAC, please visit sylviascac.org.