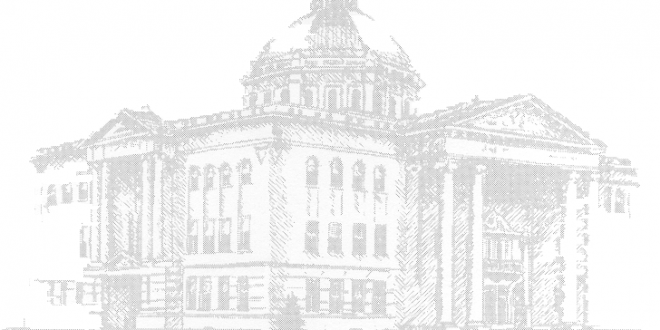 Boone County Corrections Department on Rising to the Challenges

The Purpose of Community Corrections

The Boone County Community Corrections’ mission is to increase public safety by providing a cost-effective, community-based alternative to incarceration by providing intensive supervision in combination with effective evaluation and providing evidence-based programs in order to motivate adult and juvenile offenders toward positive citizenship.

Nance continued, “We can address if the individual has a substance abuse issue or mental health issue early on [through the pretrial process]. If a person is arrested on a drug charge but they don’t go to court for a few months, their drug habit will continue to spiral out of control and may lead to the individual committing more crimes. My pretrial team can intervene very quickly and get those individuals referred to substance abuse providers who can help them. And with home detention, the person is serving an executed sentence but they’re getting to serve [the sentence] at home and continue to work, provide for their families and contribute back to society.”

In addition to supervising those participating in these programs, Nance and his team offer a myriad of programs and substance abuse treatments. They also provide job training and help those in their care work on earning their GED if needed so that they can get better employment.

Nance continued, “The data that I have [is] from the first two quarters [of 2021], and over half of the people [58%] on probation in Boone County are not residents. They’re coming here and getting arrested, and we have to take care of them and supervise their probation. In June, we had 118 clients through home detention in addition to the 1,572 clients on probation. And of those clients, 532 were in the drug and alcohol program. In June, we had 248 people in pretrial, and that number [is] going through the roof. The pretrial program helps alleviate some pressure on the jail, but it’s a temporary Band-Aid. It’s not the ultimate solution like the justice center would provide.”

The Impact on Taxpayers

Nance explained that the department’s programs are funded by grants from the state’s Department of Correction (DOC) and through fees that are collected from the county correction’s “clients” [individuals who are under the Boone County Corrections’ supervision].

“Our clients are charged a daily fee to be on an ankle bracelet, and their minimum fee is $12 a day,” Nance explained. “The fees make up roughly 40% of our income, the DOC makes up 50% of our income and the county contributes 10% in the form of buildings, maintenance, phones, etc. We don’t use taxpayer dollars for salaries or programs.”

Nance shared that the Indiana DOC published the cost per diem to house an offender in a jail or prison facility is $52.61 per day and $19,202 a year—payable by Hoosier taxpayers.

“If the [offender] is not a serious threat to the community and is not a violent individual, why not give them programming and help them with their addiction/mental health issues, help them to get better and rehabilitated while simultaneously not spending $19,202 a year?” Nance queried. “Warehousing people and sending them to DOC doesn’t fix their addictions. People that are on home detention go through a regular screening process. And the whole purpose of the pretrial program and the home detention [program] is to identify who is a threat in terms of violence in the community—making sure the violent individuals stay in jail—and the ones who can safely be in the community get help while being supervised and held accountable, serving their sentences on home detention or work release.”

Identifying and Working Through the Challenges

Aside from needing funding for additional programs, Nance shared that one of his department’s greatest challenges is the lack of transitional housing.

“We used to have a halfway house that was pretty successful, but for lots of reasons, it’s no longer in operation,” Nance said. “If you look at the Progress House in Indianapolis and places like that, if we had a facility to transition people, that would be very beneficial. Transitional housing would offer a safe environment to someone who’s coming out of the system.”

Nance added, “Some people think the answer is just to put people in jail. That’s not going to help anybody solve their addiction problems. We have great programs, and community corrections help facilitate so that a person can be in our care and get away from the chaos that is their life and learn how to use the skills/training that we provide them. I think a huge challenge in a place like Boone County is helping citizens understand that people who are addicted to drugs and alcohol are in need of help and programming, and sometimes it takes time to do that.”

The Boone County Drug Court is slated to be launched in January 2022 and will be administered by the county’s circuit court under Boone County Circuit Court Judge Lori Schein.

“Everything we do is evidence-based, and the evidence is pretty clear that community supervision—whether it’s probation, community corrections, or drug court—should spend the most time with the highest risk clients and have intense supervision. Our biggest challenge is the fact that we have eight adult probation officers, and in the month of June, we had 1,572 clients on probation. So, the challenge is how do you effectively supervise that many people?”

Nance explained that the purpose of the drug court is to work with clients who have severe drug issues who have failed at probation and failed at community corrections and are on their way to prison. It is an absolute last opportunity these individuals are going to have.

“It’s a very labor-intensive process, and there are many moving parts and treatment providers involved along with my staff, law enforcement, defense attorneys, the prosecutor, and a list of people that have to be present in those hearings,” Nance stated. “What keeps the clients motivated is the fact that they know every week they have to go in front of the judge. I think the drug court has the potential to do the most good in this county and is the most evidence-direct, successful way of actually helping our clients.”

Previous Investing in the County’s Youth Through the Juvenile Detention Alternatives Initiative Programs
Next Mental Health America of Boone County: A Healthy Mind Leads to a Healthy Life