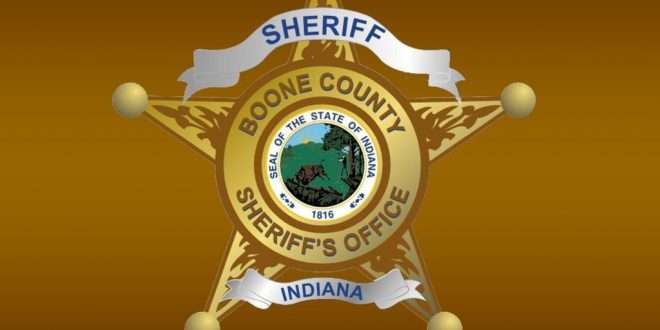 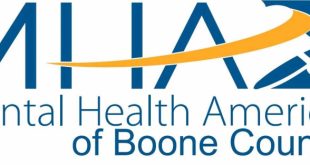 The Boone County Sheriff’s Office’s (BCSO) primary focus remains on the rehabilitation of its inmates or “clients” and reducing the recidivism rate, albeit the county jail’s current recidivism rate is at 17%—down from 44%. BSCO attributes the success of its behavioral health and rehabilitation programs, such as the Medication-Assisted Treatment (MAT) program and Jail Chemical Addictions Program (JCAP), to the success the department has seen throughout Sheriff Michael Nielsen’s tenure.

According to Nielsen, 79% of Boone County Jail’s clients (inmates) are suffering from some type of mental health, trauma, emotional and/or addiction issues.

A Look at the Inside

To help explain what BCSO is currently doing—amid a rapidly growing population—to assist its clients to get back on the path to healthy living and stability, Capt. Tim Turner with BCSO offered a glimpse behind the scenes at what the inmates are experiencing while they are in the care of BCSO and the challenges they face once they are released from the jail.

“I was born and raised in Zionsville and have lived in this county for 53 years,” Turner shared. “Over the years, I’ve heard that we [Boone County] don’t have any homeless or bad drug problems. I care to disagree. We do have a bad drug problem, and we do have homeless [people].

Turner continued, “A person doesn’t wake up at [age] 20 or 30 and decide that they want to be a drug addict or alcoholic for the rest of their life. Something forced them to make these bad decisions, and they felt like there was no way out—just like when a person commits suicide. There are mental issues that need to be addressed, and we’ve got to keep that person alive long enough to try to get them into counseling and into our classes.”

Turner emphasized that the MAT program is just one tool in BCSO’s toolbox. The inmates must participate in and complete the programs and therapies that are available to them while they are in the care of BSCO. The biggest hurdle for BCSO is that there isn’t enough room to enroll all the inmates that are asking to participate.

“We’ve added Aspire [Indiana] and InWell to our counseling programs, and sometimes we’ll have five counselors in here during the day, but now we don’t have anywhere else to put anybody. We’ve emptied out closets and offices to make room for these services and programs.”

Turner explained that not all the inmates need to be behind steel bars once they’ve reached certain milestones in their respective therapies.

“There needs to be some step downs,” Turner said. “Where we lose our people is this continuity of care. We have clients waiting a month before he or she can get into the programs because of the limited space and housing issues. We need a bigger place. I don’t need somebody that’s three months into their ‘walk’ of getting cleaned up and going to their counseling to be housed with somebody who’s going through detox. They need to be separated. I don’t need them around that mindset anymore.”

Recently, Turner and other representatives from Boone County toured the Marion County’s new justice center. When asked what the takeaway from that tour was, Turner replied, “We went through and looked at all the court settings. Marion County is basically going to have all its courts inside their center to where an inmate or offender doesn’t get transported outside of the facility. They will bring him or her up an elevator and into a holding cell until they hold their courts.”

Turner continued, “That will probably never happen in Boone County, and Marion County is still warehousing people. That is not what we want here in Boone County, and I don’t think warehousing people is the answer. If we can get the Justice Center built, we will be able to show—statistically—on a state or national level that Boone County’s Justice Center concept is working, [and] this will be duplicated within 10 years in other counties and states around the nation. The sheriff is someone who pushes things forward, and he [Nielsen] sees the big picture. I’m very thankful for him and his office and what they have done for us in the last eight to nine years. He still has compassion and empathy in his heart.”

Saving One Person at a Time

Turner believes in the power of words and the effect they have on his clients.

“I will say to a client, ‘I believe in you. You can do this.’ And sometimes the look that they give me or the response that they give me dumbfounds me,” Turner shared. “I often hear from them, ‘Nobody’s ever told me that.’ All the classes that we do inside of here try to net catch the majority of our clients that come in here. They usually sign up for multiple classes, and that’s another reason why the Justice Center is a must—we have to have a bigger facility.”

During one of the public meetings held to discuss the proposed Justice Center, Turner recalled a man from the audience standing up and asking if the jail programs are really working.

“It doesn’t affect you until it affects you or a family member, personally,” Turner said. “And then they [the public] see the light of day. It’s sad to me, but I think that’s the result of a lack of education on our behalf. When the man stood up and asked if these programs are really helping anybody, I thought, ‘Damn, if you could walk in my shoes, that question wouldn’t even be worthy of the air you just wasted to ask it.’ The more we help the clients inside of here, it ultimately trickles out and it helps our law enforcement, our county as the recidivism rate drops and the mortality rate drops. All of these things are tied together. And if I save one [person], then it’s worth everything I’ve put in during a week, and it will continue to gain momentum.”

To see how the BCSO’s programs have affected a local resident click here: living in boone county client-testimonial