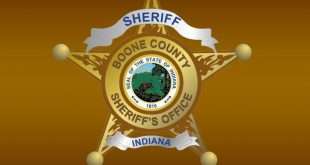 On Oct. 28, 2021, the Boone County Commissioners Tom Santelli, Jeff Wolfe and Don Lawson held a town hall meeting in order to inform the community about the need to update Boone County’s criminal justice facilities. During the town hall, the commissioners explained in detail the county’s current conditions and its expected future needs that compelled them to decide a new justice center is in the best interests of the residents of Boone County.

In a previous article that is posted on LivingInBooneCounty.com, statements made by the town hall participants, along with Commissioners Santelli, Wolfe and Lawson, provided detailed updates on the current process, an in-depth review of the DLZ Feasibility Study highlights and a review of current programing. They also provided the town hall attendees with an overview of the schedule, budget and funding for the proposed project. A questions/answers discussion and personal testimonials concluded the meeting.

Boone County Coroner Justin Sparks shared his department’s space and efficiency concerns as well as his thoughts on how a justice center would make a greater impact on the recidivism rate and the lives of those suffering from substance abuse and mental health issues.

“My office is primarily located on the third floor of the Key Bank building [in Lebanon], but I’m scattered all over,” Sparks explained. “I work out of the morgue at Witham Hospital [Lebanon], and my vehicles are kept safely at the Sheriff’s Department. My evidence work is done at the Sheriff’s Department, and before this project even started, I noticed people sitting on the front steps of the jail and was curious about what these people were doing, and one day it clicked—these were released prisoners waiting for a ride.”

Sparks expressed his concerns about these individuals reconnecting with the people that they most likely offended with prior to their incarceration and how that window of time presents an opportunity to change the trajectory of their lives and initialize a positive and healthier outcome.

“In our current system, we have the opportunity to get a person ‘clean,’ and then we put them on the front steps of the jail and they wait for somebody to pick them up,” Sparks observed. “They may have an appointment to see community corrections or probation, but we’re missing opportunities. In the time that it takes for them to be released and picked up by the people that they most often reoffend with, and then show up at their appointment [with community corrections/probation], they test positive, and guess where they’re going? They’re coming back to the jail and repeating the process. With people that are dealing with substance abuse and mental health issues, the opportunity for us to have one place where we can bring them in, get them clean and then have them see a mental health professional is huge. We would have that opportunity to intervene in someone’s life. The system and flow in which we’re operating here is massively important to the people that are the most vulnerable in our community. We have something [the justice center plan] that will essentially revolutionize and provide incredibly stronger opportunities for success for the people that need it.”

How the Justice Center Would Expand Current Services and Programs

Aspire Indiana’s dianna Huddleston and Integrative Wellness (InWell) Director Lynette Clark weighed in on how the justice center would provide more space for services and programs that are available to the county jail’s inmates.

“I’m thrilled to hear everyone talk so positively about mental health treatment and what we can do,” Huddleston expressed. “Aspire Indiana Health has been so honored this last year to be able to be a part of the services that have taken place in the jail. We provide women’s treatment in the jail through grants and a contract through community corrections. We have seen great success. We’re meeting these women in jail while they’re incarcerated, and we’re doing that initial intake assessment while they’re starting their services. I have a therapist and skills person spending about 10 hours a week with them. We’re getting them connected to other resources, and if they choose not to continue treatment with us when they leave the jail, we help them to get connected to other treatment providers in the community. We all work really well together.”

Huddleston continued, “This [justice center] is going to allow us to have more access. [Currently], we’re having to roll the dice and share the space with other treatment providers, and there isn’t enough group space and individual counseling space for us to be able to have as much time as we need with these women and men.”

Clark added, “As Diane mentioned, mental health and addiction treatment are what we are all very passionate about. We are really excited to see the community putting a focus on treatments. InWell has been working with Sheriff Nielsen since he became sheriff and he had mentioned his vision for a new facility. Being able to work with his facility and provide services within his facility as one of the pilot programs for the jail and providing peer support services, we’ve grown into providing services in this facility 152 hours a week. Those services include everything from intake assessments, psychotherapy services, medication-assisted treatment and peer support services. We also have a variety of group services that we’re able to offer and have put a large focus on continuity of care.”

Commissioner Santelli’s closing remarks directed attendees of the meeting and the general public to the commissioners’ recently launched website LivingInBooneCounty.com.

“These are all important issues that we’ve discussed here this evening,” Santelli stated. “We’ve posted some detailed articles on our partners in behavioral health here in Boone County. These articles talk about what Diane and Lynette discussed as well as advocating for Boone County kids’ mental health and the corrections department rising to the challenge through juvenile detention alternative initiatives and programs. In another posted article, Boone County prosecutor Kent Eastwood echoes the need for a county justice center and how it will help other offices like the coroner’s office. Boone County is planning for tomorrow by building today. These are important deep-dive articles in terms of what’s happening here in Boone County.”

To review all the questions that were asked at the town hall meeting on Oct. 28, 2021, visit LivingInBooneCounty.com and click the “Justice Center” tab to view the entire slide show presentation and videos of the entire meeting.

Q: Why can’t we use the plan for growth designed when the jail was built?

A:The county [jail] sits on 82 or 83 acres, so that was planned for any future expansion. We have expanded by double bunking. We started off with 110 beds. We welded more bunks and did “double bunks,” so we have 184 general population beds. When it [the jail] was first built, for the first several years, it was future expansion because it was just empty space. In 2006, we built the new communications center down there [in the basement], and it pretty much takes up the entire basement. Once that [expansion] is done, there’s no more room for expansion. So, we did use the expansion that was available to us.

Q: Are any of the 151 inmates being housed from other county jails? If so, why?

A: We do not house other inmates, typically. But we have two there that we’re holding for Hamilton County and Marion County, and they do the same for us. If we have an offender that for some reason is not getting along or cannot get along with other inmates or is not supposed to be around other inmates because of our classification system, we trade off between departments. There are a lot of future jail expansions that are going on in other counties and the other sheriffs are reaching out to us, asking if we can take some prisoners for them, but we’ve not done that just because of COVID at this point.

Q: Has there been any agreements signed with vendors, partners and other parties related to any components of this project or the scoping of it? If so, why sign agreements before the council has agreed [to the project]?

A: It is a .2% increase in the LIT tax to make a total of 1.7%, but if you look at the rates, and I think this is where the confusion has come from, the rate as it is put into the system is a .002 increase. I think there’s been some confusion on the zeros. The way that it would be figured on your tax bill is as a .002 increase or a 1.7% total LIT tax.

Additional articles/information on the proposed justice center are available at livinginboonecounty.com or on Facebook at Living In Boone County.