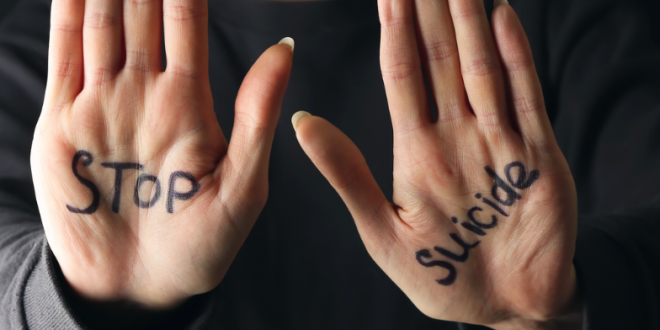 *This article was produced in memory of Tate Eugenio. We’d like to thank Tate’s parents Randy and Angie Eugenio for their contributions to this article.

A study released in January 2020 by the Center for Health Policy at Indiana University states, “Suicide is the 10th leading cause of death among all age groups combined. In 2017, it accounted for 47,173 fatalities and contributed to nearly 2% of all U.S. deaths. Among young people, however, suicide was the 2nd leading cause of death, resulting in 19% of deaths in 10- to 24-year-olds and 11% of deaths in those aged 25 to 44.”

Suicides occurred at twice the rate of homicides. In Indiana, based on 2018 data, suicide is the 11th leading cause of death among all age groups. Death due to suicide is most prevalent in younger age groups, 10 to 54 years, where suicide ranks among the top 5 causes of death. According to IDOH Vital Records data, between 2015 and 2018 there have been 4,177 deaths by suicide in Indiana. This equates to around three deaths a day in the state of Indiana alone.

Known for his infectious smile and kindness toward others, Tate was an accomplished young man. His parents shared that Tate was a talented percussionist and athlete who participated in middle school and high school jazz band and show choir combo. He enjoyed baseball and tennis and was a member of the water ski club at Purdue.

“I think if you talk to anybody that knew him [Tate], one of the first things they’ll say is that he had a great smile that could melt hearts,” Angie shared. “He had a lot of passion, and all the things he did—he was 100% in. He was very coachable and was focused and hardworking. A lot of kids knew him as the ‘hype’ guy that got everybody excited. He was also a servant, and even through his pain over the last year, he was ministering to other people. He worked at an assisted living facility and drove residents around on Fridays. He called it ‘Friday Jive and Drives,’ and he would play jazz music while driving the residents around to get them out of the facility. He was an animal lover and a faithful person who was active with a small Bible study group.”

Randy added, “Tate was the one who liked to include outsiders. For example, back in middle school, he was having lunch with his buddies and noticed one kid sitting by himself, all alone and not talking to anybody. Tate took it upon himself to walk over to this kid and invite him to join him and his buddies for lunch. They became very close friends.”

The inclusive nature of Tate was honored and acknowledged at his memorial service by those whose lives were directly impacted by Tate’s loving and accepting manner.

“I think it’s important for people to know that through all of what Tate was going through, he was doing his work to help himself,” Angie said. “He wasn’t sitting in a pool of pity. He was doing things that made him feel better and was helping people. He gave plasma—not because he got money but because he was going to help somebody. And he helped his friends who needed help during study groups.”

Tate left a positive and inspiring impression on everyone he met.

Randy noted, “Every single member of the [water] ski club came to the funeral even though they had only known Tate for a couple of months.”

What is most important for people to understand is that suicide can affect any family, regardless of their socioeconomic status. When it comes to teen suicide, it can happen to any family. As a society, we tend to look at physical health as being paramount to a healthy family unit and community as a whole. What needs to be considered is that mental health is equally as important to a person’s overall health and to the well-being of a community. As behavioral health specialists and organizations continue to work with local public health and safety agencies, schools and legislatures on destigmatizing mental health, it is an entire community’s responsibility to assist in these efforts and support individuals and families in crisis.

There are tools and resources available to help folks know what to do, what to say and when to intervene when they suspect someone is struggling with their mental health. To learn more about available resources and who to contact regarding suicide prevention, visit https://www.in.gov/issp/.

Within Boone County there are behavioral health organizations that specialize in mental health services for teens, veterans and anyone suffering from behavioral health issues. See the list at the end of this article. Tate’s parents reflected back on the resources they utilized and emphasized that the community needs to realize that people struggling with mental health are suffering an actual illness and do not choose to suffer.

Both Randy and Angie are physical therapists, and Angie works a lot with children and young people. In addition to their own personal journey, they are witness to their clients’ struggles and personal stories and understand that mental health is more than a buzz phrase—it’s a part of one’s holistic health and impacts one’s physical health when left untreated.

“You can provide them with all the resources, support mechanisms and all the verbal support and hugs that you can, but this is an illness—it’s not a choice,” Angie emphasized. “It’s just like when a kid gets cancer. They don’t bring on upon themselves. It’s a medical problem. I think the stigma makes kids—especially—reluctant to want to get help or want to talk about it.”

Angie continued, “The most important thing is that we need to talk about this, and we need to normalize mental health. This is something we should do every day for ourselves, and I think it’s hard. We have faith that we are leaning on, and you know your faith is working through your community for you. Maybe not everybody in this situation has that, and we are so incredibly grateful for that support. Tate had a community too. It wasn’t like he was physically holed up in a room, isolated or marginalized.”

While there was a specific “event” that alerted Randy and Angie that their son was experiencing mental health issues, they both agree that there are many more stressors that kids face today than the previous generations had to navigate and that negatively impact our youth’s mental well-being.

Angie added, “I don’t know that this is directly related to Tate, but I counseled a kid who came in with physical manifestations of his mental health challenges. Maybe I’m a little more sensitive to all these issues right now, but kids have high expectations of themselves, and their community has high expectations of them as well. I think it’s easy to compare yourself to other people that you think are successful, and though you may be hugely successful—you may look at your peer and feel like you’re blase. It’s all about comparisons, and I’m sure this had an influence on Tate.”

Another stressor that impacts one’s behavioral health is social media and the need to compare oneself with others based on what people interpret as success and happiness that’s being projected on social media. Coupled with the pandemic and all that it inflicted on people throughout the world, it’s become a tragic reality that we are seeing an increase in anxieties that are driving the increase of suicides and overdoses among young people.

“Everybody is posting things they’re doing, especially joyful things, and I wonder if kids are wondering if they’re feeling this way and wondering why they don’t have all this ‘joy’ that they see others having,” Randy said. “They may wonder why other families are doing all this stuff and their families aren’t. When we were kids, we saw what was in front of us and what we talked about on the phone. That’s how we communicated. We’d talk on the phone, go to someone’s house and meet up with a group of friends. There wasn’t this social media and internet stuff where you could see all these different people and all this other stuff. There’s a huge negative stigma attached to mental health, and these kids don’t want to be attached to that. And like Angie said, it’s just like any other illness, like cancer or diabetes. It’s part of our being.”

Advice to Families and Community Members

Talk to your children and to loved ones who you suspect are struggling with their mental health. Become familiar with Boone County’s behavioral health organizations and available resources.

As a community, we cannot afford to be complacent or dismissive. Mental health doesn’t affect certain people. It affects all people. The pandemic and national and world affairs have been challenging to every living person on the planet. We’re not here to debate who was more impacted but to discuss as a community—as a county—how do we grow from here?

“I think the kids need to feel OK with not being OK,” Angie said. “I guarantee you all the experts say that it’s OK to approach somebody and ask, ‘Are you OK? Do you need help? Do you feel like you’re going to hurt yourself?’ I don’t have the answer, but I think we need to start helping our kids understand—really young—that it’s OK to have feelings and that they are our feelings. There are ways that you can help yourself, and there are people that can help you. It takes strength to get help. It takes strength to acknowledge the challenges and to get help, and that’s what strong, smart people do—they get help.”

We ask that you look after your neighbors and continue to be good to each other. We are all in this together.