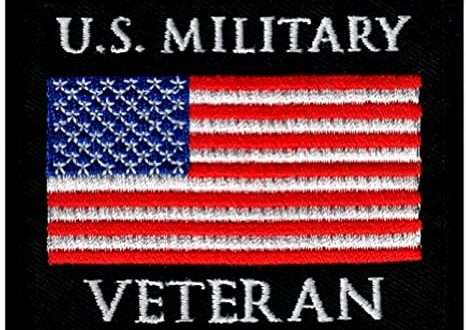 Veterans have an immense number of services and programs available to them; however, navigating through them can be overwhelming due to constantly changing conditions. The Boone County veterans’ officer can assist veterans and others with all of these programs and services.

Understanding the Role of the County’s Veterans’ Service Officer

The County veterans’ service officer (VSO) works under the direct supervision of the director of the Indiana Department of Veterans Affairs (IDVA), although the VSO is appointed and paid by the county. There is a VSO in every county, in every state, throughout the nation.

The primary function of the service officer is to assist veterans, their dependents and survivors, in obtaining the state and federal benefits to which they may be entitled. In that capacity, the service officer will help with the completion of federal and state applications for those benefits. The service officer can set up benefit briefings with veterans and their families to explain all that is available. For those individuals who are unable to travel, home visits can be arranged.

Boone County’s Veteran Affairs Service Officer Michael “Mike” G. Spidel is currently the Boone County veterans service officer and serves as a paramedic for Witham Health Services in Lebanon. Mike graduated from Lebanon Senior High school in 1980 and entered the United States Navy later that summer. He served on submarines and ultimately earned the rank of IM2 PO Rank E5. Mike was honorably discharged in 1986 and returned to Lebanon, where he served on the City of Lebanon Fire Department as a firefighter from 1987 to 2013.

“I’ve been on the job since 2014,” Mike said. “It’s a gratifying and rewarding job, but sometimes it’s frustrating dealing with the bureaucracy of Veterans Affairs. Oftentimes, it’s taking one step forward and then two backwards, but I’ve been successful on many occasions, and I’ve helped a lot of people achieve benefits that they were eligible for and that they could get or how to apply for. I’m very proud of that.”

Not all VSOs are as dedicated as Mike is, and Boone County is a stronger community because of people like him. The county’s veterans are in capable and caring hands when they reach out to Mike’s office for assistance.

“It is a 24/7 job,” Mike shared. “I deal with veterans and their families all the time, and some things are very simple. They just take a phone call to clear up, and others can take months of collaboration from my office and other offices and agencies to get it handled.”

Compassionate Care for Our Veterans

When Mike was appointed by the Boone County Commissioners in 2014, the county’s percentage of connection was at about 6% with an approximate population of 3,500 veterans living in the county. Currently, with Mike’s diligence and concerted efforts, the percentage of connection is at 17% with roughly the same number of veterans residing in Boone County.

“I’ve tried really hard at changing that [percentage] of service connection,” Mike expressed. “Some of that [percentage] is because the veterans themselves, when they get out of the military, they want to put that behind them and don’t want any more involvement with the VA. They don’t care that they’re eligible for benefits. Some veterans are reluctant to receive their benefits, feeling in some way that they’re taking something from somebody else.”

Mike continued, “It’s a challenging field to deal with, and a lot of times, the age group that we’re dealing with now—the Vietnam veterans—who are in their 70s are very bitter towards the federal government and towards the military. The Gulf War veterans—that are my age—have a variety of things they suffer from also. Every era of war has had its nasty nuances that the veterans have had to learn to cope with after their service was over.”

Depression, addiction and other behavioral issues are a priority for Mike as the county’s VSO and as a veteran himself. He works with all of the county’s and state’s agencies to ensure that the veterans have access to resources as they relate to their physical and mental health needs. The number of veterans coping with behavioral health issues is astonishing and heartbreaking. Mike works with a myriad of agencies to assist veterans with getting the compassionate care and treatments that they need and deserve.

“PTSD claims are very challenging,” Mike shared. “The [veterans] are oftentimes embarrassed and don’t want that on their record. But to establish the basic eligibility, we have to go down that road and work with a psychiatrist and a health care professional so that the veteran can get the care they desperately need from that PTSD claim. It’s not just about the money. It’s a lifesaving thing that keeps them from being homeless, from being addicted to drugs and becoming suicidal. I was a paramedic for the city’s fire department for 28 years and have been a paramedic for the hospital for 35 years, so I certainly know what’s it’s like to be involved in something that’s horrible. I could tell you horror stories about [veterans] right here in Boone County that couldn’t let it go when they came back and couldn’t get it out of their head.”

When the pandemic was shutting down many VSO offices across the nation, Mike was determined to keep his office open and, in many cases, met the veterans where they were.

“I moved to virtual calls and assistance,” Mike stated. “When the pandemic hit, that age group of veterans that I would usually see in my office were the ones that would be the most affected by the exposure [to COVID-19]. So, there were several phone calls made, and I would gather the evidence and paperwork that was needed, and I would make visits to the [veterans’] houses. I’d stand out on their porches—wearing a mask—and explain to them where I needed their signatures. I slowed down, but I did not shut down during that time period.”

In addition to working with veterans on determining their eligibility for benefits and assisting them through the claims process, Mike utilizes his partnerships and relationships throughout the county to provide veterans with the things they need to improve the quality of their lives.

“I’ve tried to move into other areas where I could help that don’t necessarily have to do with claims,” Mike said. “I’ve completed a project for an 82-year-old veteran who tripped and fell in his bathroom. I was on that particular ambulance run. We established a nonreverting fund that the county commissioners and county attorney helped me establish so that I can receive donation money, and the very gifted ladies in the office help me with the grant applications so that we can use that money to fix things to allow veterans to stay in their homes and not have to go to a care facility. We’ve built several ramps, purchased lift chairs and did this bathroom remodel for the veteran I just spoke about. So, it’s not always about helping somebody sign up for their benefits that will give them a monthly disability payment—there’s a lot more to it than just that.”

Your Boone County Veterans Affairs Office is ready and eager to serve you. If no one is in the office when you call, please leave a message with your name, phone number and a brief description of what your call is regarding, and your call will be returned within 24 hours. Appointments are recommended. If this is an emergency, you may call the Boone County Commissioners’ Office at (765) 483-4492 and request that they contact the county veterans’ service officer.